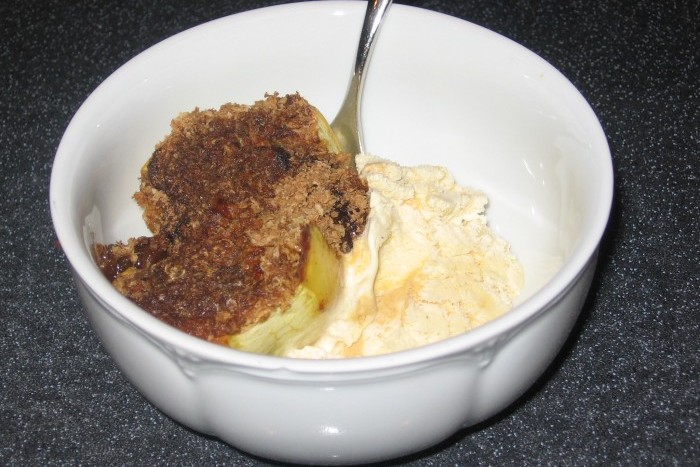 UK-grown apples are in season from September to the end of the year. Many are perfect for enjoying on their own as a delicious, healthy, energy-boosting snack.

Cooking apples are too sour to be eaten raw, but when used as an ingredient they can be transformed into some of the nation’s favourite desserts. In this recipe traditional apple crumble gets a healthy makeover. It couldn't be simpler to make and it’s one of your 5 A DAY ...

So thinking about Apple Scrunchie ... 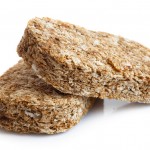 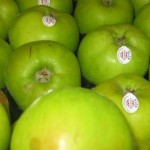 Apples are high in fibre and are packed with lots of different substances called phytochemicals. Phytochemicals can help protect our bodies against disease.

Wheat Biscuits are high in fibre and have a number of vitamins and minerals (including iron) added to them. They are low in fat, sugar and salt.


per half baked apple
% of an adult's reference intake
Typical values per 100g: Energy 396KJ / 94kcal

A traffic light system is used on nutrition labels to make it easier to see which foods and drinks are lower in calories, fat, sugar and salt. Try and choose more ‘greens’ and ‘ambers’ and fewer ‘reds’, and stick to smaller portions of ‘reds’.

Just because a recipe or a food has a red traffic light doesn't mean you shouldn't eat it. Understanding why a food or recipe might have a red light can be helpful. For example oily fish is high in total fat and so any recipe containing oily fish is likely to be ‘red’ for fat. But it is recommended that we eat oily fish at least once a week because the type of fat it contains is beneficial for our health.